Lung cancer, which is also called bronchogenic carcinoma, affects a lot of people all over the world. Early diagnosis and treatment are key to getting better results, as they are one of the main reasons people die from cancer. In this post, we’ll talk about how to lower your risk of getting lung cancer, its signs, causes, and therapies, as well as the most recent developments in medical science that have improved survival rates and patient resources.

Depending on the type and stage of the disease, lung cancer symptoms can change. Constant coughing, chest pain, breathlessness, and weight loss are a few typical symptoms. There may also be hoarseness, repeated bouts of bronchitis or pneumonia, and blood in the sputum. If you have any of these signs, you should see a doctor because they could also be signs of other health problems.

If you are at high risk for lung cancer, it is important to get checked regularly because early-stage lung cancer often doesn’t show any signs. Additionally, the symptoms of smokers and non-smokers can vary. Nonsmokers may experience fatigue, weakness, and weight loss for no apparent reason. Smokers, on the other hand, may cough up blood, have chest pain, and have trouble breathing.

Smoking is the leading cause of lung cancer. In actuality, smoking is to blame for around 80% of lung cancer fatalities. A family history of lung cancer, exposure to certain chemicals and pollutants, and exposure to secondhand smoke are other risk factors. Lung cancer risk can also be increased by breathing in radon gas, which is present in some dwellings. Those who have been exposed to asbestos, such as those who worked in shipbuilding or construction, are also at a higher risk of developing lung cancer.

Diagnosis and Treatment of Lung Cancer

Lung cancer is most commonly caused by smoking. Actually, smoking is to blame for about 80% of fatal cases of lung cancer. Lung cancer can also be caused by secondhand smoke, certain chemicals and pollutants, and a family history of the disease. Inhaling radon gas, which is a gas that is present in some homes, can also raise the chance of developing lung cancer. People who have been exposed to asbestos, such as those who worked in shipbuilding or construction, are also more likely to get lung cancer.

Surgery, radiation therapy, chemotherapy, and immunotherapy are all possible forms of treatment for lung cancer. The disease’s nature, stage, and patient’s general health will all affect the optimal course of treatment. Radiation therapy and chemotherapy are often used to treat lung cancer that has already spread, but surgery is often the first choice for treating lung cancer in its early stages. A more recent method for treating lung cancer, immunotherapy, uses medications to boost the immune system’s ability to combat cancer cells.

Reducing Your Risk of Lung Cancer

Smoking and other pollutants, regular screenings if you are at high risk, a healthy diet, and regular exercise are all things that are suggested. Your risk of getting lung cancer may also go down if you eat a lot of fruits and vegetables.

You can lessen your chance of lung cancer in other ways, too, like:

reducing your alcohol consumption
avoiding radon gas exposure
recognising and preventing exposure to additionally recognised carcinogens
being healthy in terms of weight
Lung cancer risk can be significantly decreased by quitting smoking at any age, and the risk will continue to go down the longer a person doesn’t smoke.

The stage of the disease at the time of diagnosis and the patient’s general condition can both affect the lung cancer survival rate. The key to increasing survival rates is early identification. The American Cancer Society says that about 18% of lung cancer patients will still be alive after five years. The five-year survival rate is only about 56% for people whose lung cancer is discovered before it has spread to other body areas.

Improvements in therapeutic alternatives, such as immunotherapy and targeted therapy, have increased some patients’ chances of surviving their illnesses. The discovery of lung cancer at an earlier stage has also contributed to the development of novel screening techniques, such as low-dose CT scans, which can increase survival rates.

A lung cancer diagnosis can be scary, so it’s important to have access to resources that can offer support and information. Resources for people with lung cancer and their loved ones include support groups, patient organizations, and clinical trials.

Support groups can help people feel like they belong and give them a place to share stories and ways to deal with problems. In addition to connecting patients with support services and information about the disease and available treatments, patient organizations can also provide this information. Some patients have a lot to gain from clinical trials because they give them access to new and experimental treatments that might not be available to the public otherwise.

Finally, it should be noted that lung cancer is a terrible condition that affects millions of individuals globally. Understanding lung cancer’s signs, causes, and therapies are crucial, as is learning how to lower your risk of getting the disease. We can collaborate to improve results and save lives by better understanding lung cancer. It’s also important to know about the latest advances in medical science, the chance of survival, and the tools and services that can help and guide patients.

New insights are always being made as a result of continuous studies into lung cancer. Researchers are working to comprehend the illness more fully and create fresh remedies. Research in some areas focuses on finding novel genetic changes that cause lung cancer, while in others, the goal is to create new immunotherapies and targeted treatments that can more efficiently target cancer cells while sparing healthy cells.

Researchers are also trying to come up with new ways to screen for lung cancer that can find it early and help more people live. The main goals of lung cancer research are to improve patients’ quality of life and survival rates.

The goal of lung cancer awareness is to increase public understanding of the disease, its risk factors, and the value of early identification. To increase public awareness of lung cancer, numerous groups, including the American Lung Association and the Lung Cancer Alliance, conduct events and run campaigns. By spreading knowledge about the condition, more people might become aware of the signs and seek medical help earlier, which can improve the results.

People who have never smoked can develop lung cancer. Only never smokers account for 20% of lung cancer cases. Nonsmokers who are exposed to radon gas, air pollution, and some occupational risks, such as asbestos exposure, are at increased risk of developing lung cancer. The risk of lung cancer may also run in the family for nonsmokers.

Chemotherapy is a lung cancer treatment strategy that employs chemicals to eradicate cancer cells. Even though it is often used to treat advanced lung cancer, it can also be used with radiation treatment to treat lung cancer in its early stages. Chemotherapy can be used alone or in conjunction with other medications, and it can be given intravenously or orally.

A more recent form of lung cancer treatment called immunotherapy uses medications to boost the immune system’s ability to combat cancer cells. Although it is frequently used to treat advanced lung cancer, researchers are also looking into it as a potential treatment for early-stage lung cancer. In addition to or instead of other therapies like chemotherapy or radiation therapy, immunotherapy is an option.

Radiation therapy, which uses powerful beams to kill cancer cells, may be helpful for people with lung cancer. Although it is frequently used to treat advanced lung cancer, chemotherapy can also be combined with surgery to treat lung cancer, which is still in its early stages. Radiation therapy can be used on the inside or outside of the body, alone or in combination with other treatments.

For some lung cancer patients, clinical trials are a significant option. They give access to cutting-edge and novel treatments that might not be widely distributed. Clinical trials are also important to help doctors learn more about the disease and come up with new ways to treat it. By taking part in clinical trials, you can also get access to new medicines and help from a research team.

Clinical trials may not be appropriate for all people, so it’s crucial to discuss the potential risks and benefits with your doctor. 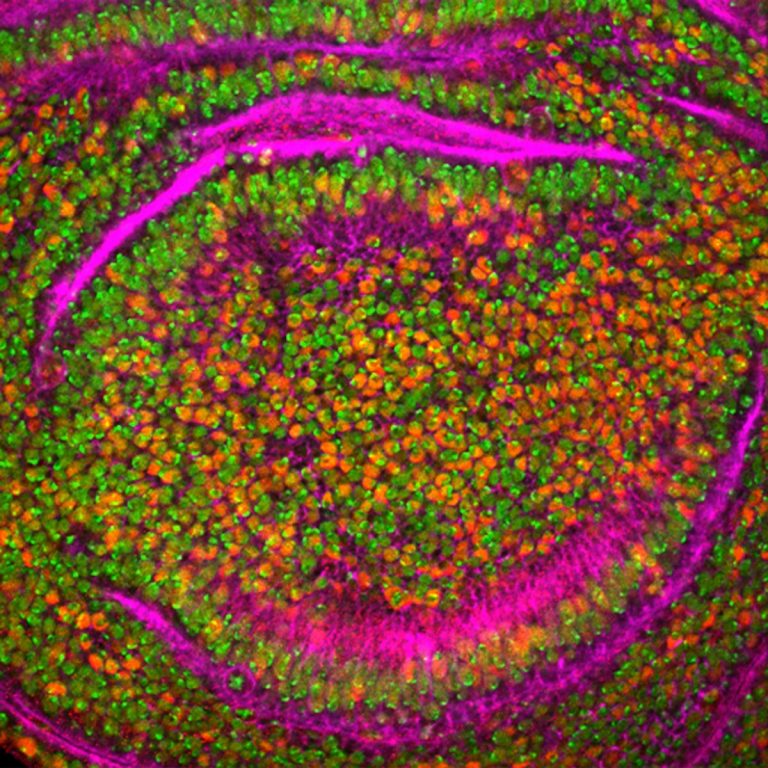 One type of cancer that frequently affects males is prostate cancer. After skin cancer, it is the second most prevalent cancer… 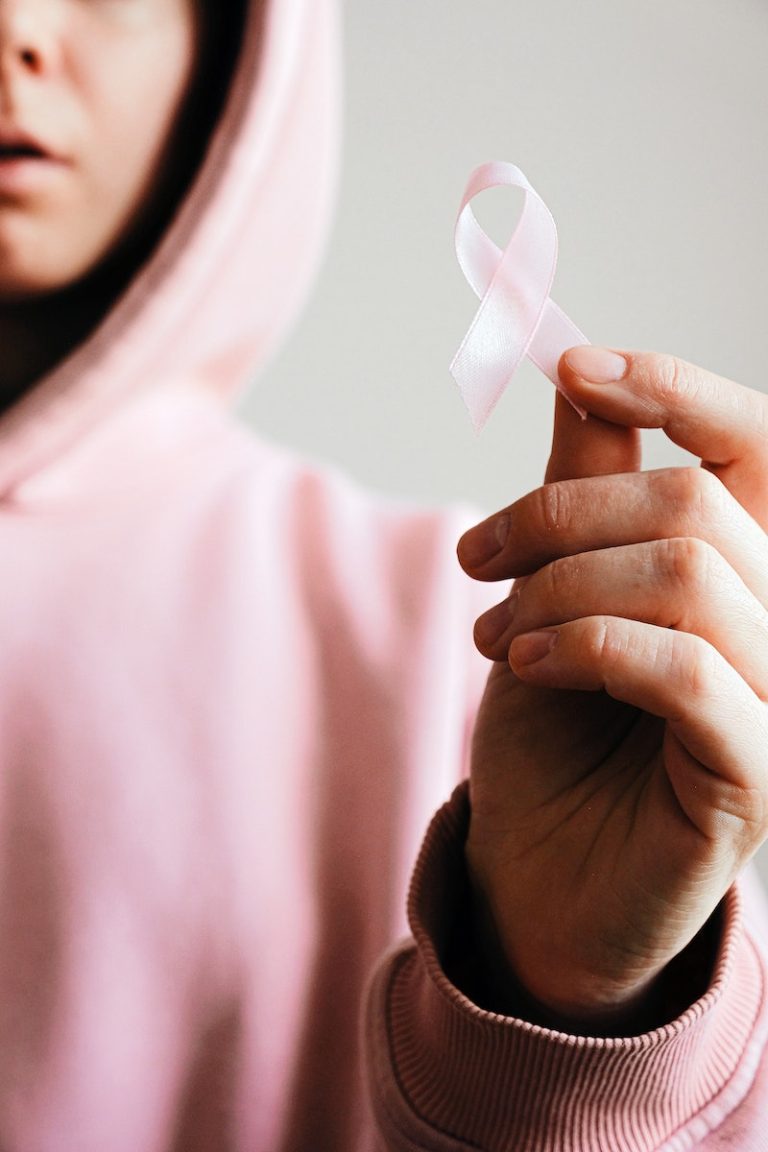 Breast cancer begins in the ducts or lobules of the breast. It may also arise in breast skin or fatty tissue….